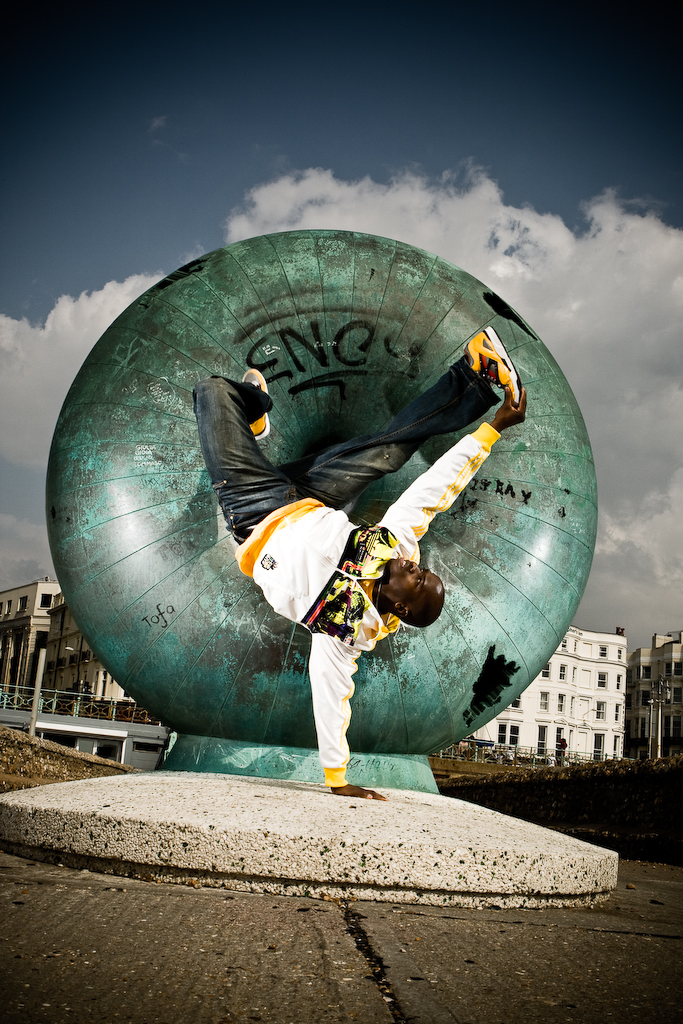 Breaking into the Olympic World for Paris 2024
Brighton Marina to host Breakdance Competition
This Summer, Brighton Marina in collaboration with JP Omari Productions & Streetfunk, the most successful children’s Street Dance school on the South Coast, will be hosting Brighton Breaking Summer Jam 2022 to celebrate Breakdancing being recognised as an Olympic sport in the Paris 2024 Olympic Games.

The event is calling all dance and music enthusiasts to come together and celebrate on Sunday 31 July at the Village Square at Brighton Marina between 10 – 6pm and is being hosted by local hip-hop and dance celebrity JP Omari. Enter Here

JP was the first Breakdancer in the UK to appear on a TV reality show, BBC’s Strictly Dance Fever in 2006 where he came 4th in the Semi-finals. Breakdancing was JP’s introduction into Hip-Hop culture in the early 2000’s when he established the Breaking scene in Brighton with his crew Floor Crusaders.

JP said, "Brighton used to have a big Breaking scene in the 2000’s with Breaking crew Floor Crusaders performing regularly in clubs and events as well as teaching classes to children and adults. They also had a big presence in the UK Breaking scene regularly battling crews across the UK. Unfortunately, things changed with people growing up or moving away and the scene in Brighton slowly faded. I truly hope this event will kickstart and inspire a new generation of Breakers in Brighton and bring Brighton back to its former glory of reputable funky jaw-dropping breakers.”

Breakers from all over the UK are invited to come and battle for a chance to be “crowned” champions of Brighton Breaking Summer Jam 2022 which will be judged by top UK breakers – B-Boy Sasha, B-Boy Sheku and B-Girl Stefani. Brighton Breaking Summer Jam 2022 will witness dancers of all ages defying gravity, spinning at dizzying speeds and getting their bodies to do superhuman things. Music on the day will be provided by top Breaking DJ - DJ Digga Crazy.

One of the judges, B-Boy Sasha, was born in Russia. He said, “I was exposed to dance my whole childhood because of my sister, a professional ballerina in the Bolshoi theatre. I didn’t dance, but I tried many clubs and sports in my town. I felt they lacked freedom. After watching a B-Boy crew from Moscow on Russian TV, I got instantly intrigued by what they did. During my first year of college, I met friends who took me to my first ever ‘Electro Boogie’ class taught by a guy named Petr. He taught us a few animations and waving moves and gave us resources where to find VHS tapes of Battle Of The Year 1998. From then on, we watched, copied it and practised it repeatedly. And our B-Boy group was formed: Crazy Style Crew.”

He continued, “After moving to the UK with my family, I found the first year very tough as I had no friends and couldn’t speak English. The only thing that got me through was Breaking which I couldn’t let go of, and eventually, I met my next dance crew, Floor Crusaders. We performed and battled all over the country, but I never aimed for it to be my career. After most crew members had stopped dancing, JP and I continued our journey as dance artists and entrepreneurs, developing and building opportunities for other dancers in our cities: Portsmouth and Brighton.

Breaking and Hip-Hop culture have given me my identity, opened many doors and made me who I am today.”

Throughout the day, there will also be free Breaking workshops by the judges and performances by Streetfunk’s multi award-winning crews.

Another judge B-Boy Sheku said; “I am excited to be judging Brighton Breaking Summer Jam 2022 as it's my first time in Brighton and is great to be part of the new emergence of break dancers.  As part of my workshop on the day, I plan to teach something they would never have thought of as my workshops are based on methods of creating your own style.”

Sophie Chandler, Marketing Manager for Brighton Marina said, “We are delighted to host yet another exciting adrenalin-packed event at Brighton Marina. Over the years the Marina has become the go-to destination for families from Brighton and further afield for events such as Team Extreme, Brighton’s Big Screen, the Dragon Boat Party and many more family events. We are very lucky to have the expertise of JP and the judges to organise such an event.”

In December 2020 the International Olympic Committee officially announced that Breaking had been accepted as one of the four new sports that will be included in the 2024 Olympics Games in Paris. This followed the success of Breaking's inclusion as a sport in the 2018 Youth Olympic Games in Buenos Aires.

Being recognised as an Olympic sport puts these Breakers into the mainstream sport spotlight and offers potential million-pound sponsorship deals. It also gives the younger generation something additional to strive for over and above National and International Breakdancing competitions.  The Olympic Games is a multi-sport extravaganza where Breakers will be exposed to elite athletes from 32 different sports with 329 medal events across 762 sessions. This is an incredible and unique opportunity for the sport.

B-Boy Sheku said, “It's a great opportunity for us breakers, as the sport might finally get the recognition it deserves!”.